Horseback riding is a thoroughly fun and beneficial activity. Learning to care for and control an animal much larger than yourself can have a profound effect on your confidence. Regular riding improves core strength, stability and coordination and is a great way to stay fit. A horse can also be a quiet friend who is without judgment. In short, horseback riding takes you to a better state of physical mental and emotional wellness. 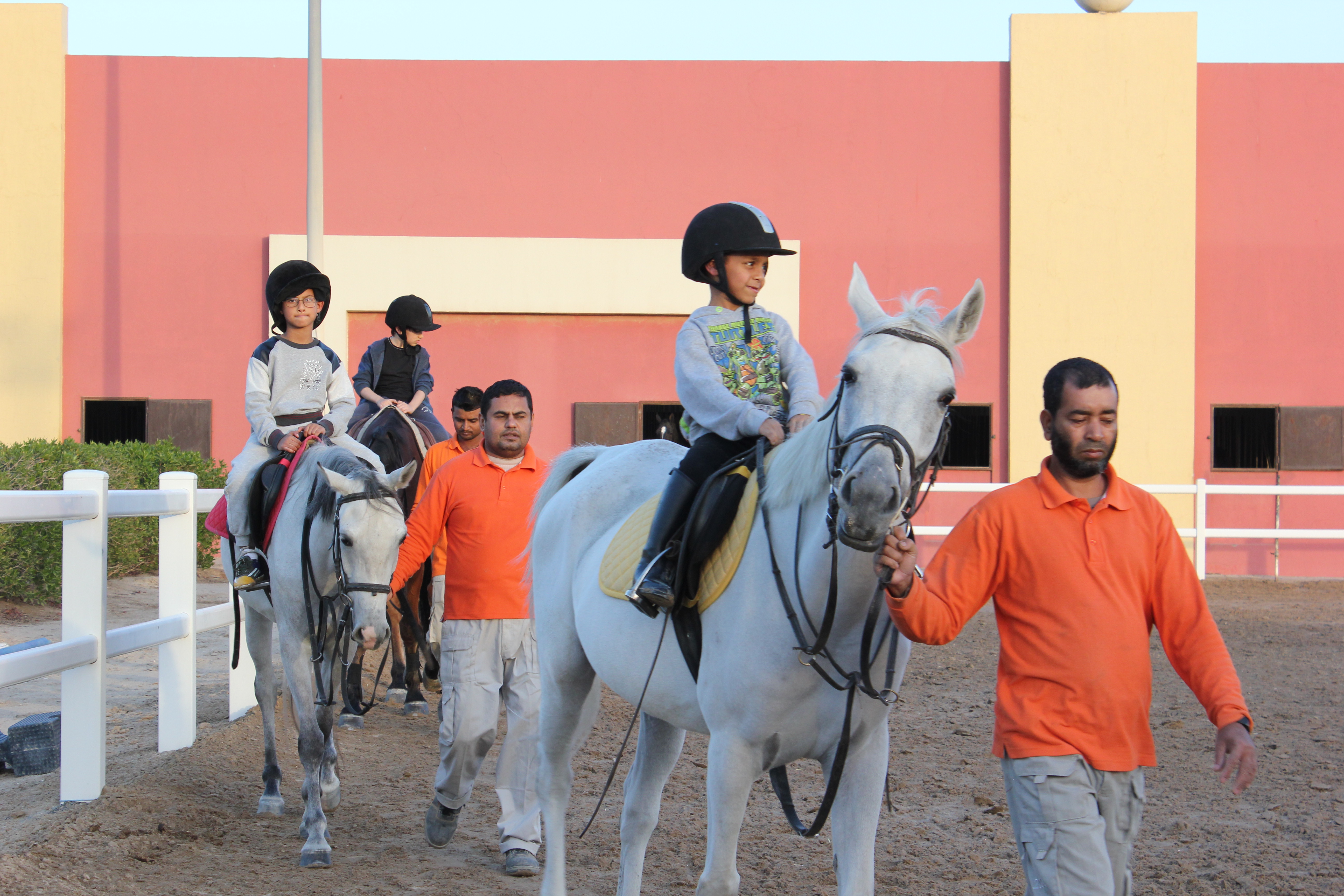 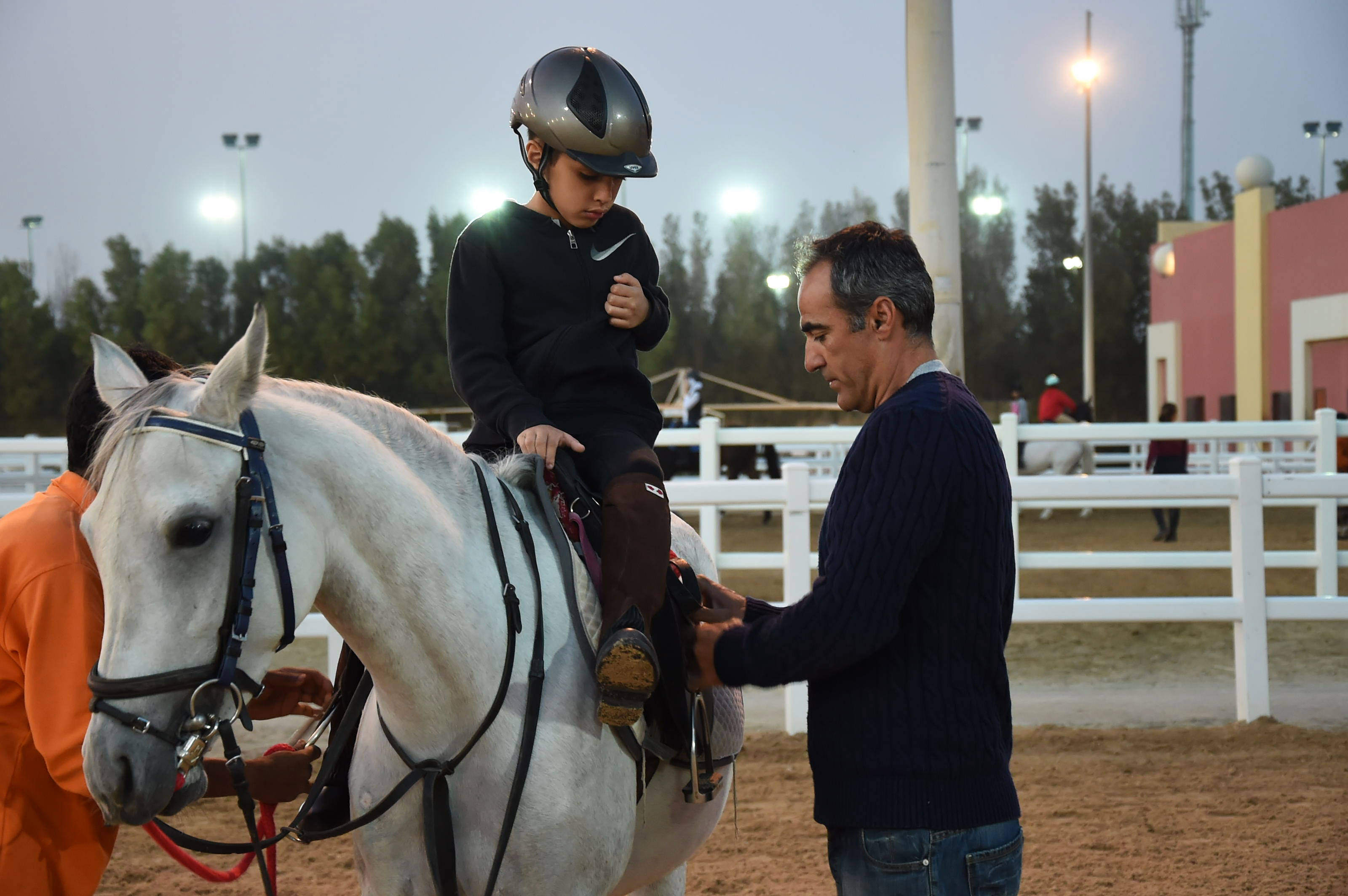 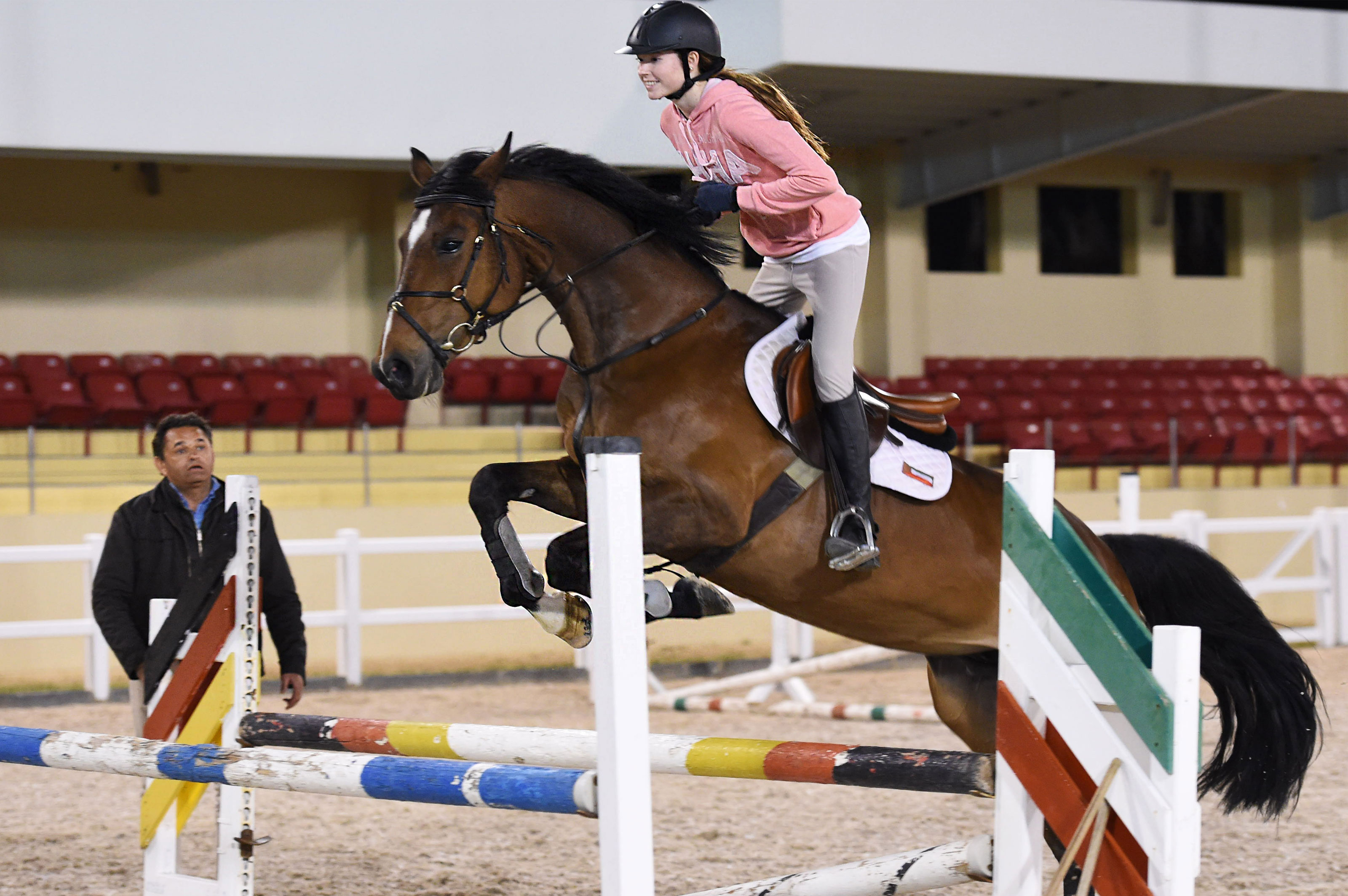 Our riding school caters to all riders from beginner to advanced levels. Riders from age 7 and above can train with qualified instructors and progress from beginner level to advanced jumping. Lessons are available in group, semi-private or private categories. For riding enthusiasts of younger ages, MEC Kids Club is most ideal to start connecting with horses. MEC Riding School also organizes riding and stable activities for groups from schools, universities and clubs.

Head Trainer and Manager of MEC

Christophe Richez, has worked over 30 years as a show jumping trainer in various countries, from his native France, through Spain, Portugal, Italy and Middle East, all the way to India, China and Uruguay.
A former international GP rider himself, Christophe was a head trainer in Royal Stable of Oman, and held the same position at Abu Dhabi Equestrian Club from 1999-2008. During his time in UAE, he was a Chef d’equipe of UAE Show jumping team, leading his riders to winning several medals at Pan Arab games.
At MEC since August 2014, Christophe is using his wealth of experience to effectively run the club. Of course, he is also regularly teaching intermediate and advanced riders and training MEC SJ team.

Zoran has started his career as a SJ rider in Macedonia in 1982 and has been teaching riding since 1992. He has worked as a riding instructor in Macedonia, Greece, Jordan, Italy and Austria.
Still actively competing in SJ, Zoran firmly believes in the power of Natural Horsemanship and enjoys working with young horses.
Newest addition to the teaching team, Zoran joined MEC in January 2015 to teach riders of all levels, help in schooling club horses and occasionally compete them.

Before coming to Kuwait, Mohcine El Hail was training riders in Morocco. He holds a diploma from the Royal Moroccan Federation for Equestrian Sports and was working for the Federation for 9 years.
An SJ rider since 15 years, Mohcine also excels in stable management and equine health. He is fluent in Arabic and French.
Mohcine joined us in December 2015 and teaches riders of all levels at MEC.